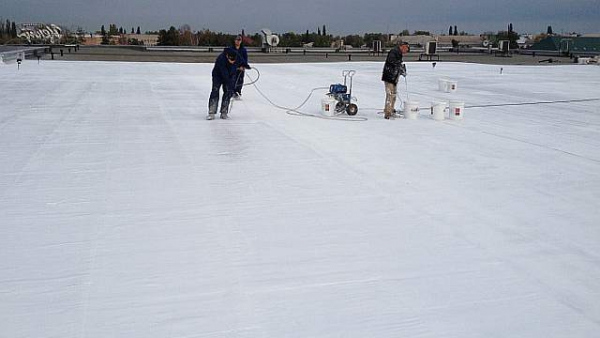 Can light coloured roofs and roads limit carbon emissions and fight global warming? The idea has been around for many years, and now scientists from the Lawrence Berkeley National Laboratory (USA) have finally given an affirmative answer to this question. Using a computer model, it has been established that this will help not only cool down cities, but also cancel the effect of two years of global carbon dioxide emissions.

Obviously, since white roofs reflect much more solar heat than black, buildings will be cooler. And save money, as the need for a large number of air conditioners will disappear by itself!

Well, black roofs heat not only the whole house, but also the street. In addition, they emit energy directly into the atmosphere, it is absorbed by the nearest cloud, which leads to the greenhouse effect.

Recently, US Secretary of Energy Stephen Chu instructed all the offices of his department to take care of “cool” roofs and published a letter to the heads of other federal agencies calling for similar measures. “This is one of the fastest and cheapest ways to reduce carbon emissions and slow down climate change,” said a top official.

Scientists relied on detailed models of the surface of the earth, compiled by the Goddard Center for NASA space missions. They take into account such data on regional variables as terrain, evaporation, radiation, temperature, cloud cover. Experts found out that in summer (in the northern hemisphere), an increase in the reflection coefficient of roof materials and sidewalks in cities with a population of over 1 million will reduce one-time carbon dioxide emissions by 57 gigatons (31 Gt from rooftops and 26 Gt from sidewalks). Note that in 2006, global emissions were half as much - 28 Gt.

Research co-author Hashem Akbari emphasizes that cool roofs and sidewalks are only part of the solution: “Compensation for two years of emissions is a great achievement, but compared to what we have to do, this is only a fraction of the works. We pumped the atmosphere with carbon dioxide for two hundred years, without thinking about the future. ” 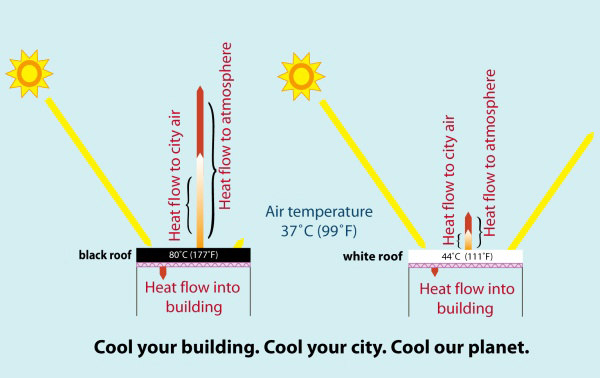 The black roof surface (left) heats up 40 degrees above the air temperature, and the white one (right) - just 6. The length of the arrows is proportional to the amount of heat given by the roofs to the city and the atmosphere.

The research results are published in the journal Environmental Research Letters.